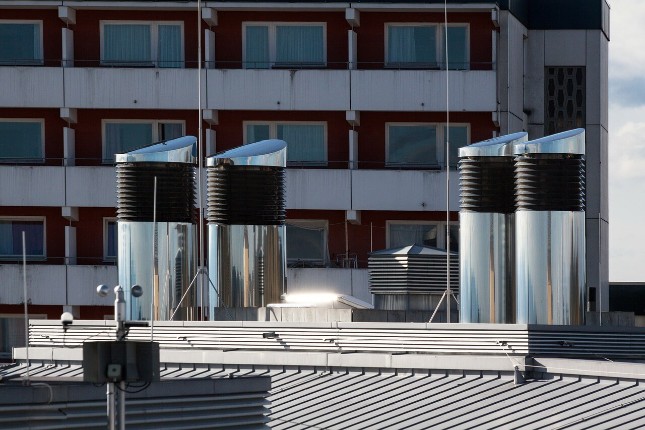 In Florida, the sun blazes brighter and hotter than almost anywhere else in the United States. On the hottest days, the inside of your home can reach blistering temperatures without proper ventilation and air conditioning. This holds especially true for the roof over your head. If all of this heat rises and becomes trapped inside your roof, it’s tough to keep your home cool. Plus, a significant air temperature difference between the inside and outside of your roof can damage your roofing materials over time. This greatly reduces the overall lifespan of your roof. Fortunately, there are different types of roof vents to fit roofing of all shapes and sizes.

If you’ve ever looked across the roofs in your neighborhood, you may have noticed that you and your neighbors don’t have the same types of roof vents. Even if you do, they don’t appear to be in similar locations across both of your roofs. Most roof vents are passive vents, meaning that they are unpowered and are cleverly designed and positioned to allow the optimal airflow into or out of the attic. But there are a lot of different ways to achieve this goal. That means there are several different shapes and sizes of vents found on roofs across Florida and beyond. If you can’t seem to keep your home cool, it’s time to go shopping for roof vents. But first, let’s go over the types of roofs and vents that you might consider if you need a roof vent repair. 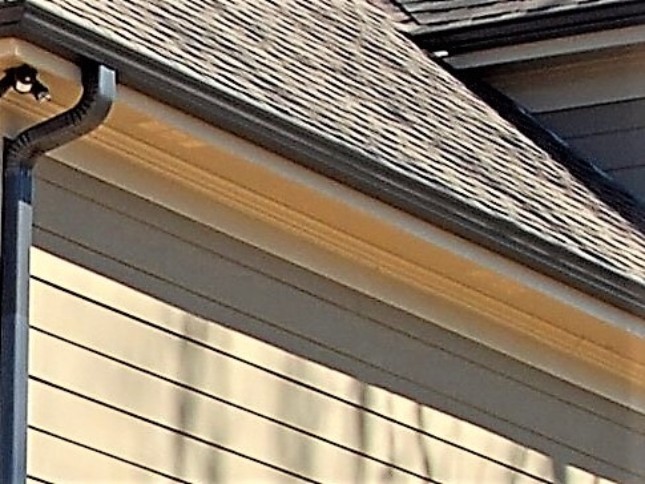 These vents are designed for air intake, helping to balance the air inside of the attic with the current air temperature outside. Soffit refers to the part of your roof that hangs out over the edge. These vents can be hard to spot on the side of a house, and they’re built to be highly resistant to intrusion from weathering or pests.

You’ll often find soffit vent being used in a roofing system that employs roof ridge vents, too, as the ridge vents will sit much higher up on the roof, allowing for the escape of the hot air that the soffit vent is accounting for. 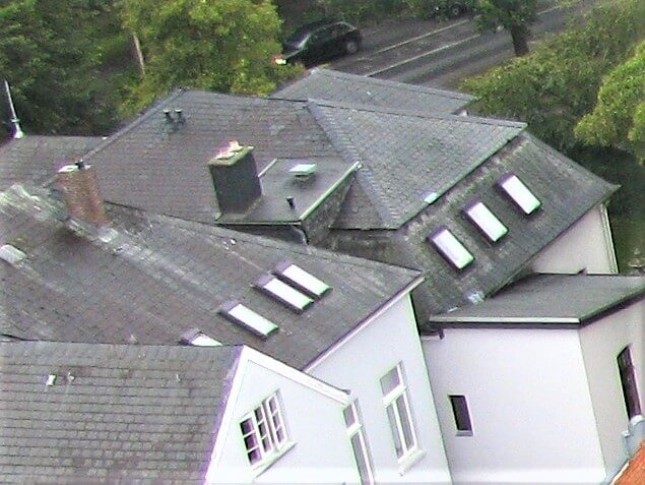 Box vents have all kinds of fun names: you’ll hear them called flat vents, low profile vents, louvres, or even turtles! Whatever your roofing contractor calls them, these aren’t different types of roof vents. They’re all the same thing. These vents are installed along the ridge of your roof, as high up as possible, so that heat can rise and escape from them.

A box vent consists of little more than an opening with a dome or box shaped cover over it, just big enough to allow heat and moisture to rise up and out of the attic. They’re somewhat more aesthetic than turbines, which actually protrude up from the roof. However, box vents have more of a tendency to succumb to the weather than other types of roof vents. You’ll want to make sure that your roofer weatherproofs them properly. 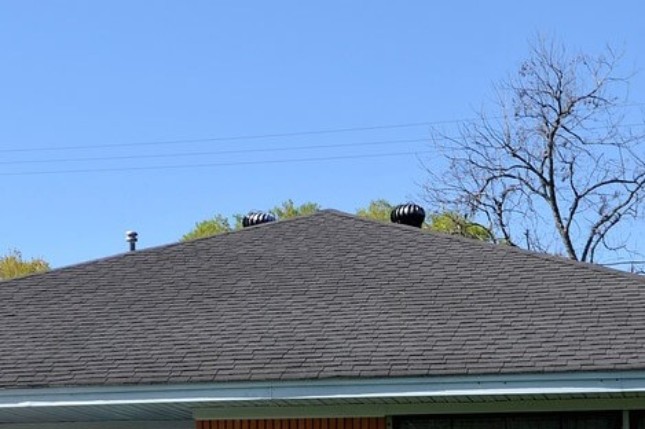 Wind turbine vents are dome-shaped metal turbines that spin as the catch the wind. You might hear a more adventurous roofer call them “whirlybirds.” The shape of the turbines pulls hot air up and out of the attic at a much faster rate than other non-moving vents. So long as turbines are installed where they have regular exposure to the wind, they’re a very effective way of ventilating your attic. The downside, however, is that they’re a little bit more expensive than static vents, and they’re far less pleasing to look at. 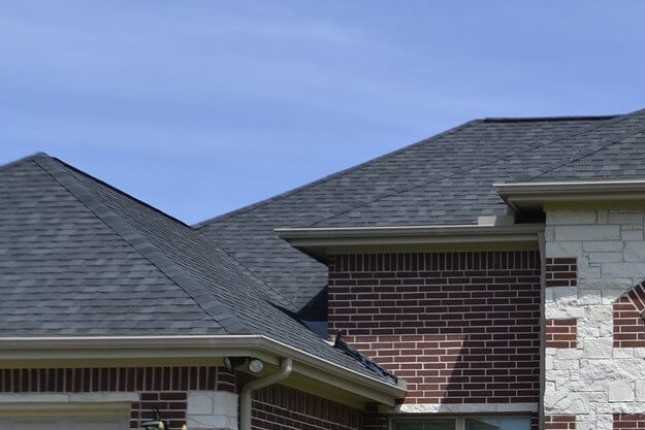 Ridge vents are incredibly common, as they’re very easy to install as a part of the original roof ridge. A ridge vent is a space under the ridge where air is able to escape from the attic below. Combined with a good intake vent, ridge vents let hot air be pushed up and out of the structure.

Some ridge vents are “shingle over,” meaning that they’re built directly under the shingles themselves, which lie over top of the vent. Another type of roof vent is the non-shingle-over vent, which is a separate piece of material that sits on top of the shingles like a cap. 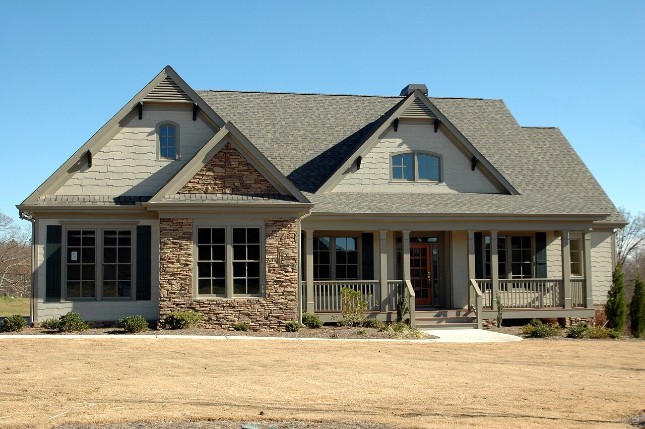 Gable vents are sort of the opposite of a soffit vent. They’re located at the top of a gable end and allow air to ventilate out of the roof in a way similar to ridge vents. This means that they’re also a good choice to use in tandem with soffit vents, especially if your home doesn’t get enough wind to use a turbine vent. 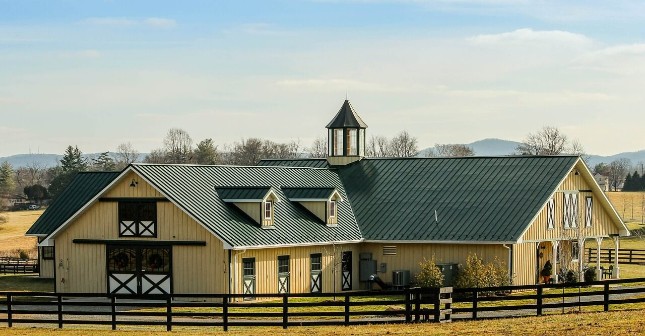 Cupola vents are quaint and decorative looking, but they’re not very common anymore. They aren’t actually particularly effective at venting your attic unless they’re used with a broader static roof ventilation system. You may see them on decorative homes. However, they’ve fallen out of practice as a common way of ventilating your roof.

Powered vents use electricity to quickly move air out of the attic to keep it cool at all times. These vents are very modern and thus highly customizable. This means they can come in a variety of shapes and colors to fit your home’s style. Most of these units are simply wired right into the home’s electrical system. However, there are models on the market that draw solar power and operate without running up your utility bills. What’s more, they’re quiet and super effective at venting your roof with little outside help.

Be aware, however, that there are some drawbacks to powered vents. Since they’re so quiet and low-key, it’s hard to tell if one has stopped functioning. Have them checked out at least once or twice a year to make sure they work.

Another issue with these vents is they can be too efficient for a home with otherwise poor ventilation or air conditioning. Because they pull heat out of the attic so fast, it can be a little bit harder to keep the home itself at your preferred cool temperature.

When’s the last time you checked out your roof vents? Or, do you want to improve the ventilation in your attic? Maybe you just need a roof vent repair? Call your neighborhood roofing experts at Elite Remodeling Services to schedule a free inspection and estimate.