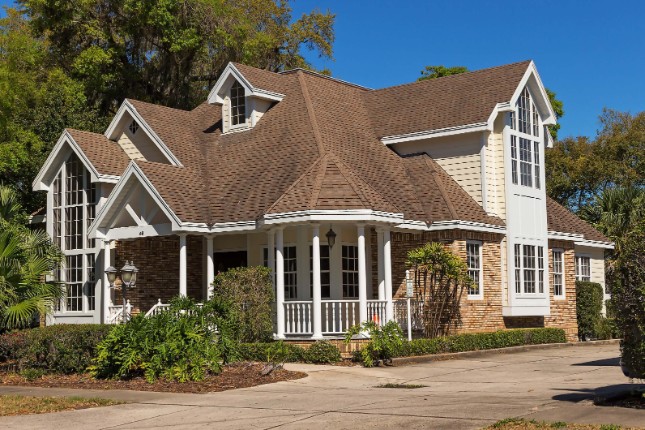 If you’ve been around the block, and a few other blocks, you’ve probably noticed the crazy difference in how buildings are put together. One of the most noteworthy features of any great piece of architecture, in particular, is the roof that caps off the rest of the building. A roof, after all, is not just a roof; it’s what completes the home, keeps the elements out, keeps the warm in, and makes your home comfortable and cozy. There are wide variety of roof shapes that you can choose for your home, but there are some advantages and disadvantages to each.

Maybe you need a flat roof that you can easily get up on to. Maybe you like a nice steep roof pitch to give your home a towering appearance. With the climate in Palm Coast, you’ll want to do your research before calling random roofing contractors. Elite Remodeling Services is the trusted, licensed and insured company you can count on. Whatever it is you’re looking for, we’ve broken down the different types of roof shapes and their pros and cons to help you make a decision you’ll love for years to come.

A flat roof is exactly what it sounds like; there’s no slope, and the top of your house or building just looks like a flat plane (rather than a roof shape, really). This isn’t ideal for most structures, because debris and snow can collect and settle on top the roof and cause stress on the building over time.

However, here in Florida, where snow isn’t so common, if you live where you’re free and clear of falling debris from trees, a flat roof doesn’t have the same disadvantages. In these cases, they can be great for a rooftop greenhouse, patio, or other activity space.

Still, they’re not exactly pleasing to look at, so most homeowners won’t even consider a flat roof. They’re much more popular in commercial roofing.

Flat roofs do offer the advantage of being far cheaper than more common residential types of roofing. But, the maintenance costs can outweigh this benefit, especially if you don’t take regular care of your roof. 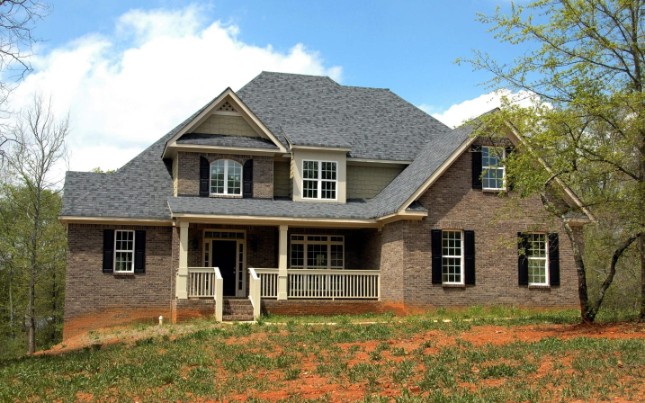 Gable roofs are by far the most common of the roof shapes you’ll see in colder parts of the world, but they’re popular everywhere. A gable roof is made simply made of two large, sloped roof panels, that make a triangle shape overtop of the house. The point where the two panels meet forms the highest ridge of the roof.

This is probably the style of roof you picture when you think of a very plain looking house. But, there’s a reason for their prominence. A gabled roof pitch sheds rain, snow, leaves, and other debris right off their steep slopes with ease.

There are several variation on gable roofing that you’ll see. Let’s cover a couple of them: 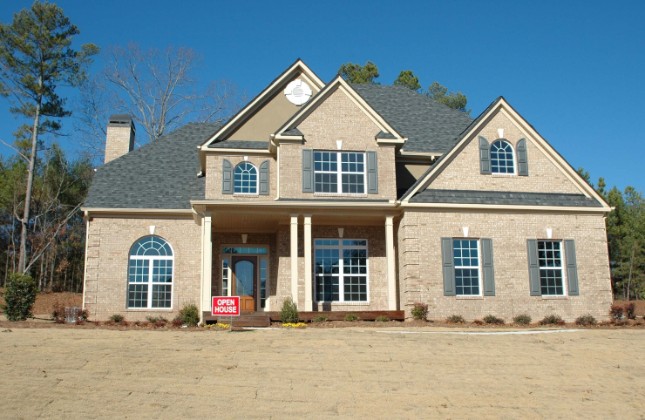 These houses look like they feature a pair of gable roof ends, but in reality, it’s a horizontal gable roof with dormers that protrude from the roof plane. While they don’t serve any functional purpose, they can look very attractive, 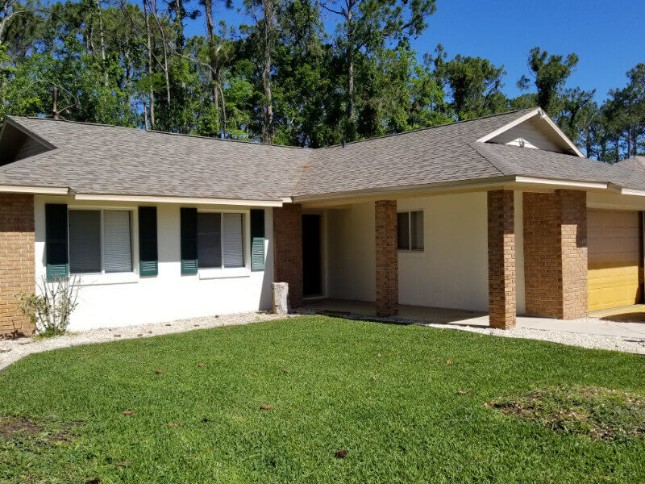 These roof shapes are most commonly seen whenever the house below is shaped like a T. Basically, one section of the house consists of a long gable roof, and at the T-intersection, the other leg of the house is roofed by a half-gable to match. 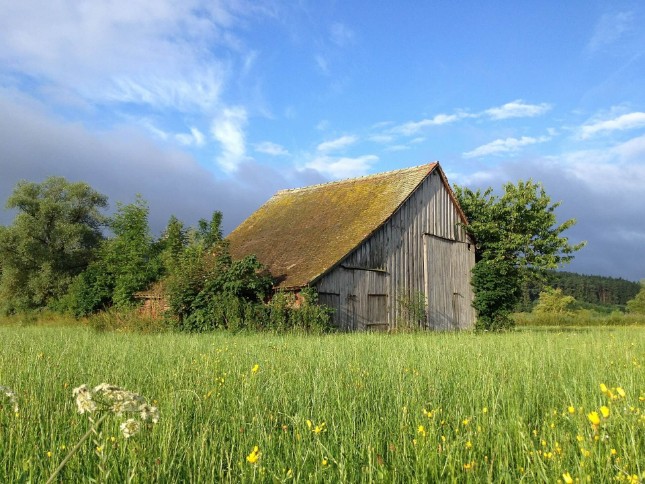 More typically seen in New England, a saltbox roof is a simple variation on the standard gable. A saltbox is a gable roof where one side is considerable shorter than the other. They have an interesting look, and can help to protect the sea-facing side of a property from salt damage. 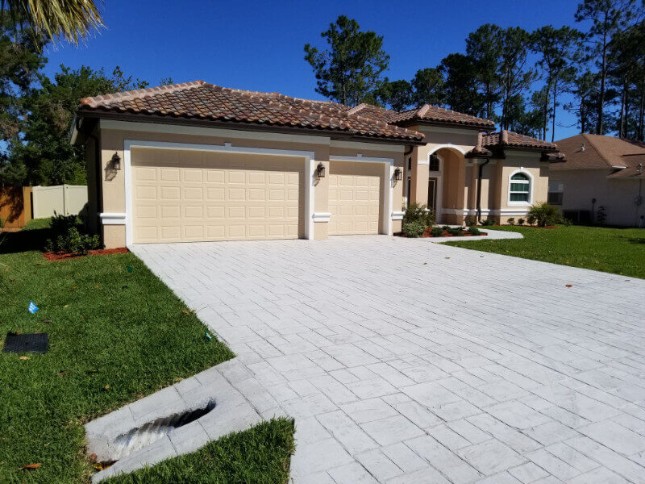 Hip roofs are a more sleek looking version of a gable roof. Instead of two flat planes that encompass the entire house, a hip roof has a single sloped plane for each wall of the house. They offer the same advantages as gables, with the roof pitch helping to keep the elements from putting undue stress on your building. But, many homeowners consider them to be much more attractive than basic gables. They can be seen in L-shaped variants, too. 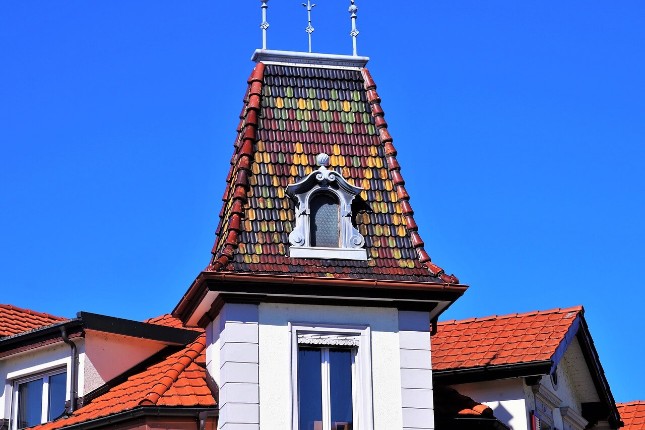 You’ll sometimes hear this called a French roof. Mansard roofs are four-sided, with two planes to a side. The bottom-most plane is much steeper than the upper plane, while the upper planes meet to form a shallow pitch along the top of the roof. This style of roofing is very friendly to installing dormers, and is more flexible to different styles of walls and siding. Plus, they have the added benefit of giving you some extra space inside the building; as a result, they’re common roofs overtop of attics made into living spaces. The shallow roof pitch can allow for accumulation of snow and fallen debris, however. 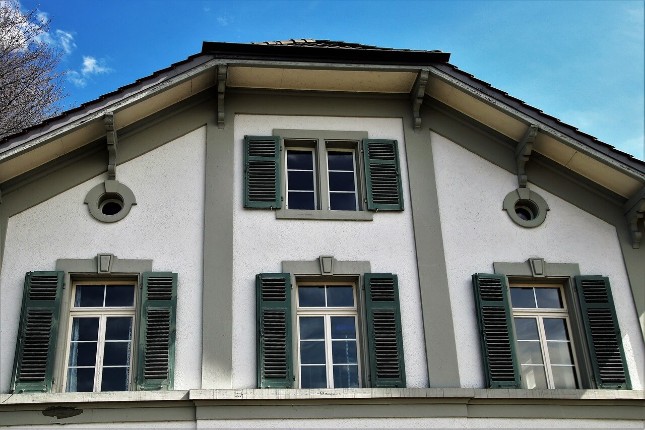 Gambrel roofs are very similar to the Mansard, but they have only two sides instead of the four. Gambrel style roofs are most commonly found on rural properties; farmhouses, barns, and the like. They’re easy to plan and build, and they feature lots of extra space inside of the structure.

This is one of the most popular choices for outdoor storage; they offer tons of room without taking up more room than other types of roofs. The only drawback is that a lot of snow can accumulate on top of a gambrel roof, meaning it’s not ideal for colder climates. Fortunately, that’s not a problem a Florida home has to worry about. 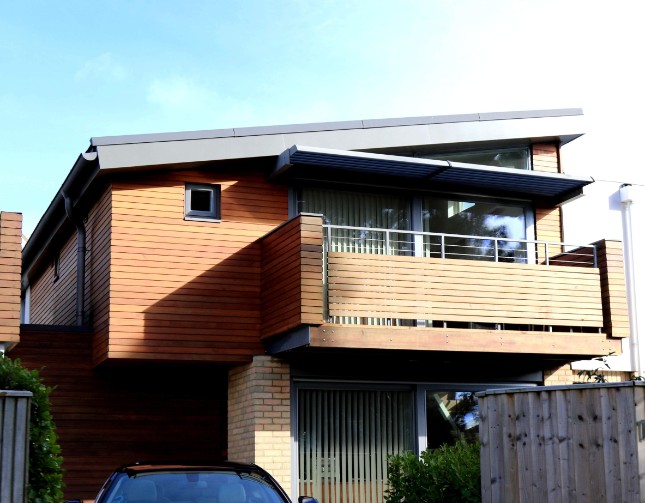 These roofs have a unique look to them, and you’ve probably seen them most often in residential sheds. Skillion roofs are just a single plane that slopes downwards overtop of the house, creating no roof ridge. Still, they are pitched, sometimes steeply, which allows rainfall and snow to run right off them just like a gabled roof. Skillion roofs are very attractive to look at, but in windy areas there are some structural concerns. If you live in a hurricane zone, a skillion roof may not be the best choice for you.

There are a lot of different types of roofs to choose from, and building a new roof is a commitment you’re going to live with for a long time. Whether you’re just building for the first time, or it’s time to reroof your existing home, you can trust the experts at Elite Remodeling Services to give you a free inspection and a good estimate.